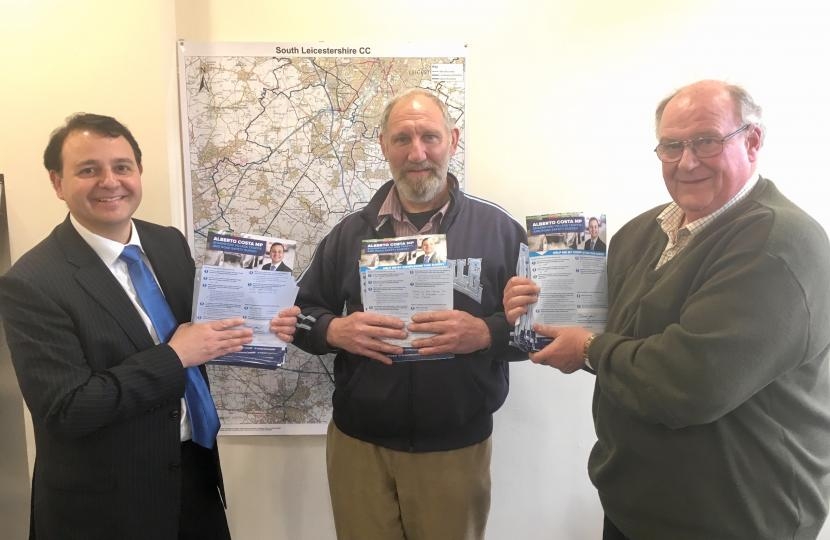 Alberto Costa, MP for South Leicestershire, will, this week, be writing to over 400 residents in Sharnford in order to thank them for responding to his traffic survey and to share the survey’s results.

Following discussions with Leicestershire County Council and the Sharnford Traffic Action Group (STAG), Mr Costa wrote to all residents of the Leicestershire village earlier this year asking for their views and opinions on the traffic issues affecting Sharnford, while also asking for resident’s suggestions in tackling the problems.

Leicestershire County Council have announced the installation of an average speed camera in Sharnford later this year as part of a pilot project which will include further cameras being installed elsewhere in the county.

Alberto said, “I was delighted with the incredible response to my survey earlier this year and I am very grateful to the people of Sharnford for taking the time to respond to me. The excellent response rate clearly shows the strength of feeling from residents in the village and so I am very pleased to be able to write back to my constituents not only to thank them, but most importantly, to feedback the survey results and to share with them the plans to move forward”.

Mr Michael Lee from the Sharnford Traffic Action Group (STAG), added, “Many thanks to STAG volunteers and a true team effort by Leicestershire County Council and our MP, Alberto Costa. Sharnford will be a vastly safer, quieter and cleaner village to live in”.

Alberto concluded, “I do hope my constituents in Sharnford will be interested to see the results of the traffic survey and I look forward to continue working closely with the Sharnford Traffic Action Group and local councillors to ensure that the roads in Sharnford are safe for both pedestrians and road users alike”. 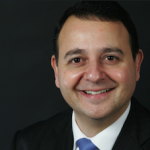 Member of Parliament for South Leicestershire

Conservative Memberof Parliament for South Leicestershire I am delighted to be the Conservative Member of Parliament for South Leicestershire. I was honoured to have been initially elected to serve the constituency in 2015 and then re-elected in 2017 with the largest vote share in the constituency’s history I once again hope to be re-selected as MP in the forthcoming Parliamentary Election in December.