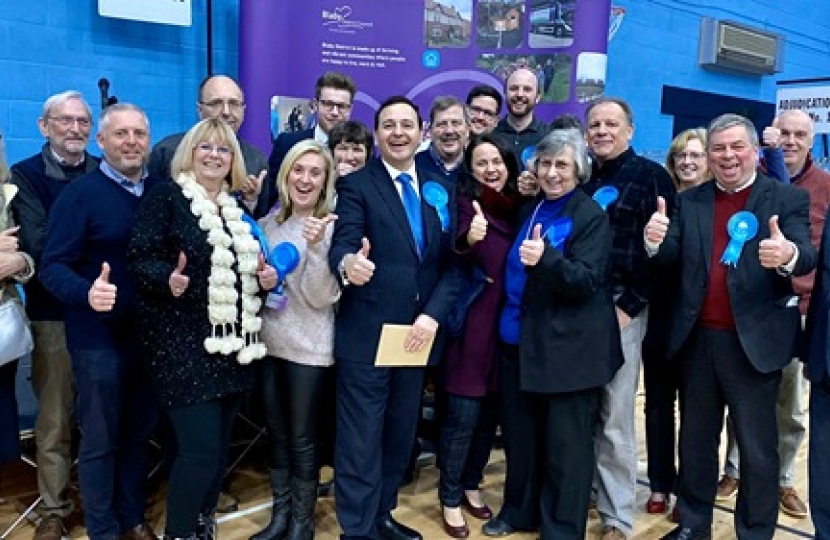 Alberto Costa has been re-elected as South Leicestershire's MP with an increased majority.

The numbers are below.

Alberto said: “I am over the moon to win, and especially with such a large majority. It is an honour and a privilege to be a member of parliament.

“I will continue to do my best for the people of South Leicestershire.”

He went on to praise the team which helped him to victory once again, and said that Brexit was high on his priority list.

He added: “I’ve got an excellent team here in South Leicestershire. In fact, the whole of the Conservative party has been working really hard.

“Brexit just needs to be done now, we need to leave the EU in a smooth and orderly manner.

“We just need to pass the bill in the House of Commons, and then we can leave at the end of January, and all calm down.”

This was won by Conservative Candidate Les Phillimore, with the following votes -

A great day for Conservatives in Leicestershire and up and down the country in the recent elections.