Charity thanks Harborough district council for its support 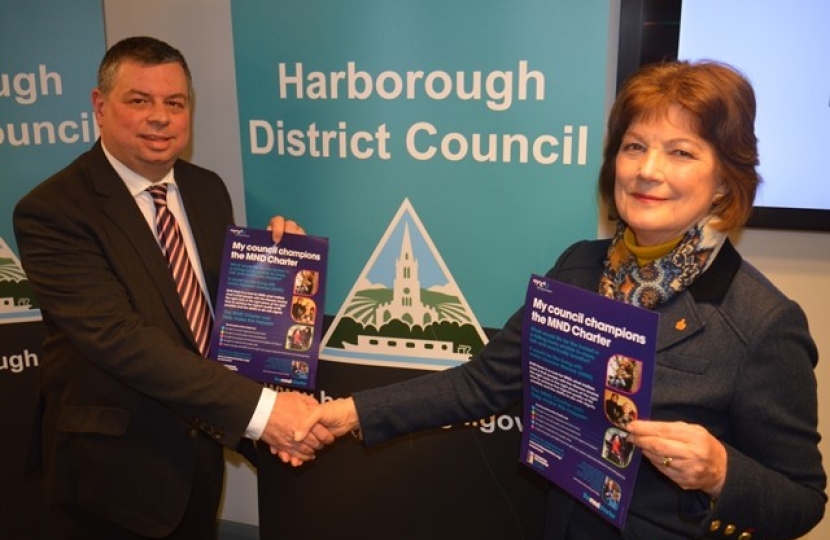 Harborough District Council has become the first local authority in the county to sign up to a charter formally backing a charity which helps people with a progressive neurological disease.

The district council adopted a charter supporting the Motor Neurone Disease (MND) Association at a meeting of Full Council on 26 February 2018.

A representative of the charity, who attended the meeting, thanked the council and said the show of support sends out a “powerful message”.

Council Leader Neil Bannister, who put forward the motion, said he was delighted councillors agreed to strengthen the council’s ties with the charity.

MND is an incurable, rapidly progressing disease that affects the brain and spinal cord. It attacks the nerves that control movement so muscles no longer work. It kills six people per day in the UK and just under 2,200 per year. The Motor Neurone Disease Association is the only national charity in the UK dedicated to improving access to care, research and campaigning on behalf of sufferers.

Janet McMillan, Chair, Leicestershire and Rutland Branch of the MND Association, said: “We are delighted that Harborough District Council has voted to adopt the MND Charter, the first authority in Leicestershire to do so. In recognising the very particular and challenging needs of people diagnosed with Motor Neurone Disease, the council has sent a powerful message that it will do all it can to ensure that anyone affected by MND in their area will be valued, respected and well supported by the care services it provides. Our aim is to secure effective partnerships between all the local health and social care agencies in Leicestershire so we are immensely grateful to Councillor Neil Bannister for championing our cause and promoting the charter at Harborough District Council.”

The council got involved with the charity after receiving a letter from South Leicestershire MP Alberto Costa who said: “I have had both the pleasure and privilege of meeting a number of sufferers of Motor Neurone Disease as well as their incredibly hard working and dedicated carers. I am of the belief that as much as possible should be done by local authorities to assist those with MND.”

Janet McMillan added: “MND is a devastating disease for any family to cope with and knowing they have the support and commitment of those responsible for delivering vital services in their community will mean a great deal to them.” 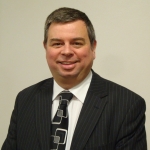