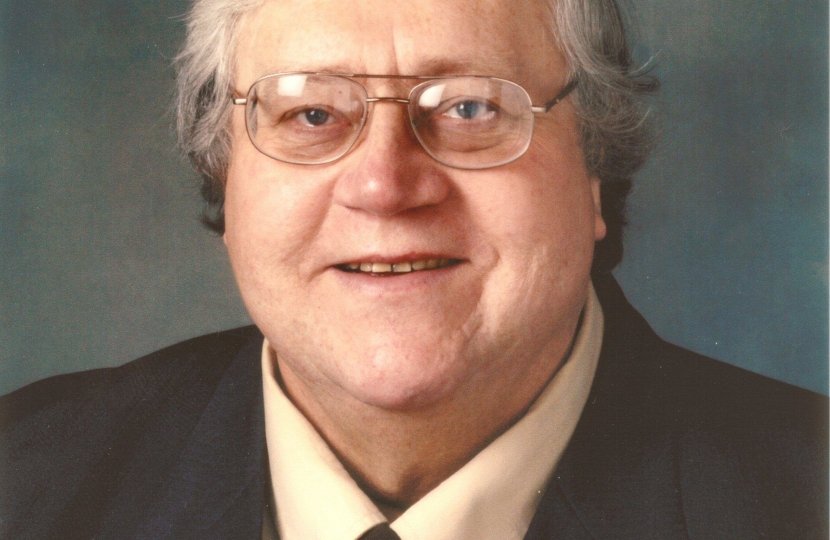 Tributes have been paid to a ‘dedicated’ and ‘passionate’ county and district councillor David Jennings who died last week.

David was first elected to Leicestershire County Council in 1997 and was serving in his sixth term of office representing Cosby and Countesthorpe.

The 72-year-old had been due to take up the position of chairman at the start of this civic year but delayed his appointment due to ill health, in the hope of recovering and taking on the role next May.

Before a minutes silence at adults and communities scrutiny on Monday, Councillor Terry Richardson said: “It was with great sadness that we learned of the death of David Jennings at the end of last week.

David was a true public servant, he believed in public service and demonstrated that through a very long career.”

The Leader of the County Council, Nick Rushton offered his “deepest condolences” to David’s wife Joy and his family, and added: “David’s death is very sad news. I want to recognise the work that he did over the past several years, even when he was very ill.  David was a long-serving member of the county council, a great ambassador for local government and hugely respected by members across the council and beyond. I don't think anyone could have doubted his passion for the county and his commitment to the people he represented.  David was also a great friend, gave wise counsel in challenging times and had a tremendous sense of humour. He will be greatly missed, but will leave an incredible legacy.”

As a mark of respect, the flag at County Hall was flown at half-mast.

David, who was born and still lived in Countesthorpe, served the village as a parish councillor for 48 years, before later being elected to Blaby District Council in 1979.

A spokesman for Blaby District Council said: “We are truly saddened to learn of the passing of former District Councillor David Jennings over the weekend. David served his community of Countesthorpe as a district councillor for 40 years, before stepping down in May’s elections, remaining as a parish and county councillor.

He was hugely respected in his local community, officers and by fellow councillors at all levels. David dedicated so much of his life to Countesthorpe. We were immensely proud to present David with an Honorary Alderman back in June to mark the outstanding service to the community over his 40 years. He will be missed by everyone at Blaby District Council and our thoughts are with his wife Joy and his family”

Today we have published our Covid-19 UK Vaccines Delivery Plan, setting out how we plan to deliver the biggest vaccination programme in British history, to protect all those who need it most as quickly as possible.