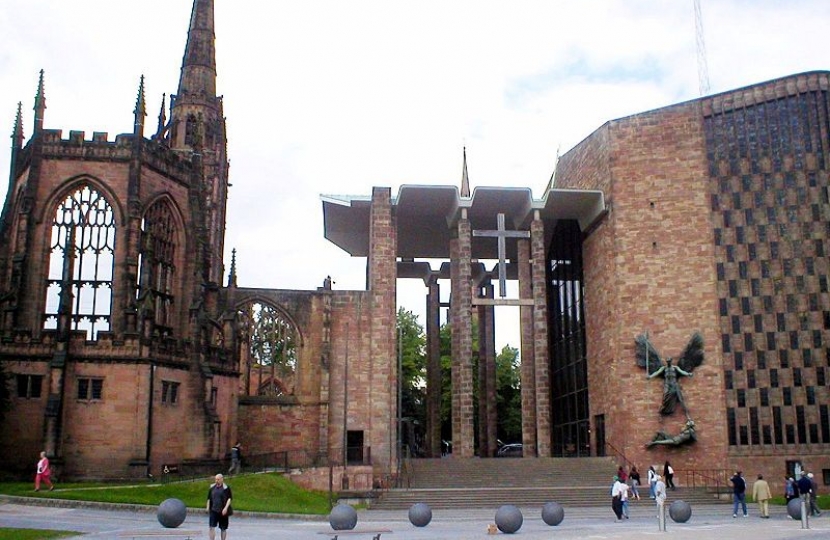 A Message from Andrew Robathan MP

Much of our thoughts at this time are focussed on the forthcoming Diamond Jubilee of her Majesty Queen Elizabeth and the celebration of sixty years of her monarchy. A tremendous occasion and a wonderful opportunity for us to commemorate her service and dedication to this country. I know that events are planned around the constituency and I hope to join in some of those, as well as hosting our own Jubilee Lunch Party on 24th June. Tickets available from the office!

However, there are other commemorations also occurring at this time and it is important that we bear these in our minds as well.
On Friday, Rachael and I will be at a service in Coventry Cathedral, led by the Archbishop of Canterbury and attended by the Princess Royal, to mark the Golden Jubilee of its consecration. I will be there in my capacity as a Defence Minister and it is right that, as well as celebrating the consecration of the Cathedral, we also remember the suffering of the people of Coventry and the dreadful bombing raids of 1940. The building of the new Cathedral was a testament to the faith and resilience of the City and it is right that it should be honoured in this way.

On 6th June, I will be marking another commemoration by travelling to Normandy for the 68th Anniversary of the D Day landings. We remember the huge bravery of those involved – some of whom are still alive – and it is important that they know, We Do Not Forget. At a time when we celebrate Her Majesty’s Diamond Jubilee, we should remember her own contribution to the war effort – and that of Prince Philip – and that of all the other men and women of this country who did so much to ensure that we remain free and able to celebrate next week.