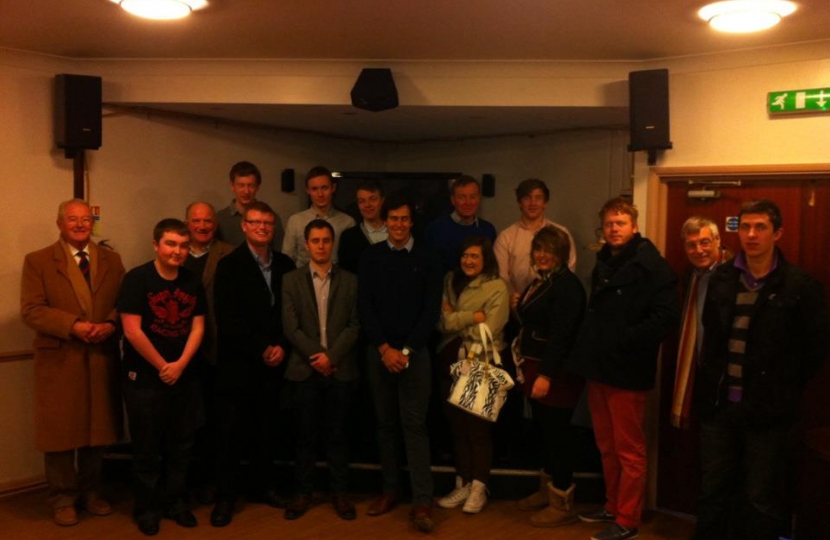 The group were fortunate enough to have in attendance Andrew Robathan MP, County Councillor Ernie White, and the new Chairman of the South Leicestershire Conservative association Peter Fuchs who were there to meet the CF members and to take part in a Q & A session.

After all the guests had taken advantage of the unlimited tea and biscuits there were short introductions from the associations Deputy Chairman political Karl Coles, and the south Leicestershire CF Chairman Michael Potter, who was presented with a bottle of Parliamentary Whisky for signing up 17 new members.

This was followed by the Q & A where there was a wide array of questions fielded to the panel on topics such as the crisis in Syria, British forcs in Afghanistan, the problems facing young people, and also discovering that Andrew Robathan would have a vineyard as his luxury if he were stuck on a desert island.

This then led onto the last part of the morning where the group headed off to Narborough to talk more and have lunch.
It was a great start for the group and is a positive sign of things to come.