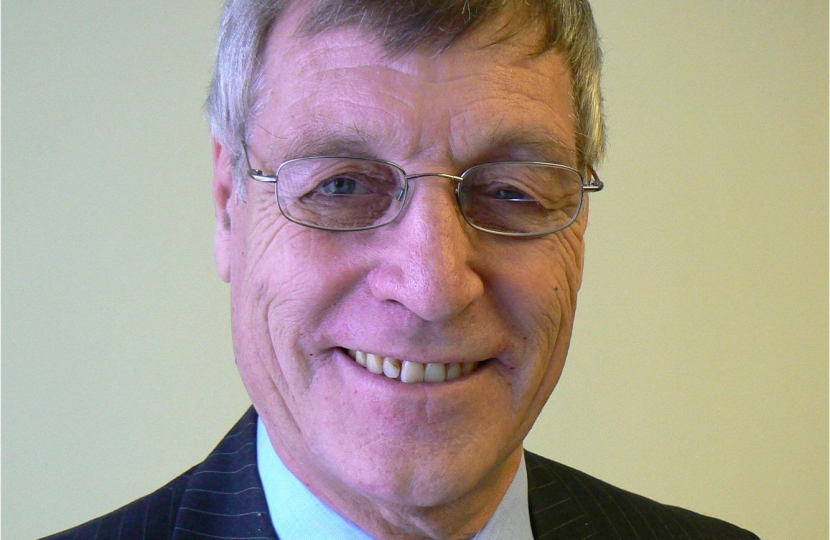 The longest serving councillor of Leicestershire County Council and former chairman of Blaby District council, Ernie White, sadly passed away after a short illness on Tuesday at his home in Stoney Stanton.

He said: “Ernie White’s death is a dreadful way to start the new year.

“My deepest condolences go to Hilary and their family.

“Ernie was the longest-serving member of the county council and of the Conservative Group, first elected in 1975.

“He was re-elected at every subsequent election ever since – an unprecedented 11 times.

“He was hugely respected in his electoral patch in Stoney Stanton and Croft, as he was across local government and the public and voluntary sectors in the city and county.

“Ernie was also a friend and a political ally, who relished his public health and physical activity brief in the county council’s Cabinet.

“He was an outstanding chairman of the Health and Wellbeing Board, and his expertise and commitment in those areas was locally and nationally recognised.

“Ernie will be greatly missed but he leaves a wonderful legacy of public service.”

Councillor Terry Richardson, who succeeded Councillor White as Blaby District Council leader, said: "Ernie was one of those rare individuals who placed public service above all else, and, served on this council for some 20 years, becoming leader in 2004 a position he maintained until standing down in 2015.

"It is fair to say that he helped shape this council into the great council it is today.

"He was truly dedicated to making Blaby a better place and I firmly believe that his legacy will be that he achieved that goal.

"He was hugely respected across the political spectrum and by those he represented in his ward of Stanton and Flamville and will be greatly missed by all who knew him."

The SLCA Officers and on behalf of Association members, send sincere condolences to Hilary and family.