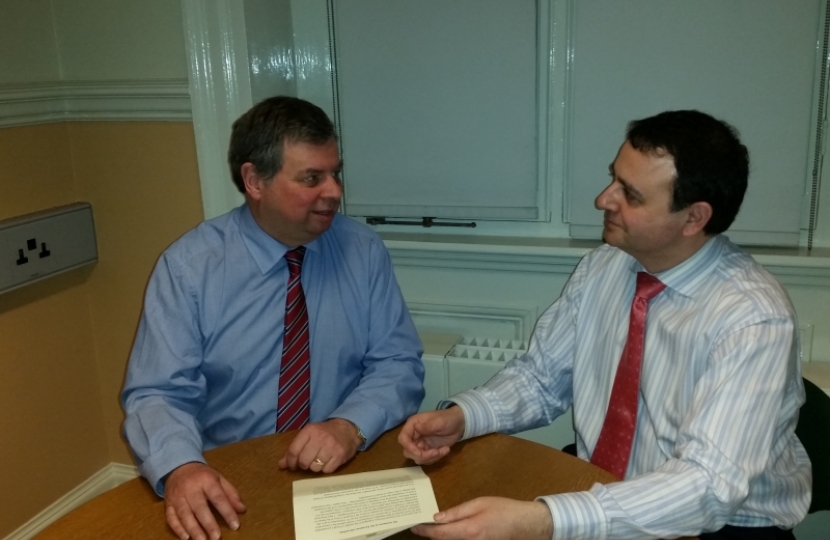 STATEMENT BY ALBERTO COSTA MP ON THE EUROPEAN REFERENDUM

British patriotism is a phrase that many are using to set out their respective positions in the EU referendum debate.  By way of background, I have deep experience of another major British constitutional referendum. In the lead up to the September 2014 Scottish referendum, I stood shoulder to shoulder with David Cameron and fought tooth and nail to protect, strengthen and uphold our United Kingdom of Great Britain and Northern Ireland.  Indeed, earlier at the 2010 General Election I stood strongly against the SNP in the Angus constituency as the Conservative Party candidate in the teeth of fierce opposition from those wanting to break up Britain.  I have a long history of campaigning across our United Kingdom for the Conservative Party and in particular in helping to strengthen Great Britain as one strong sovereign nation. Therefore, as someone with a demonstrable track record of campaigning to keep the United Kingdom intact, I am proud to call myself a British patriot and what follows should be read in that light.

My position on the EU referendum is primarily formed by what I consider to be in the best interests of our United Kingdom.  On balance, and upon careful reading of the actual text of the agreement which our Prime Minister achieved with the European Council (see http://www.consilium.europa.eu/en/press/press-releases/2016/02/19-euco-conclusions/  document titled European Council conclusions, 18-19 February 2016 (see Annex 1)), I believe that it is in our sovereign United Kingdom’s interest to remain as a member of the European Union.  Further, I agree in entirety with the points made by the Prime Minister in his speech to the House of Commons on Monday 22 February 2016 when he explained the importance of Britain remaining a member of the EU. I do not propose to rehearse these points here but for your benefit the full text of the Prime Minister’s speech can be found at: http://www.publications.parliament.uk/pa/cm201516/cmhansrd/cm160222/debtext/160222-0001.htm#16022210000001

In addition, I outline below some further points on why I am supporting the Prime Minister and the Conservative government on this vital national issue:

When I was selected as the Conservative prospective parliamentary candidate in December 2014 by the South Leicestershire Conservative Association I was extremely proud to inform my Association of the hard work which I had undertaken in the months and years preceding in fighting the ugliness of separatism and helping keep our United Kingdom intact.  I emphasised the importance in the years to come of keeping our one sovereign British nation together.  I also clearly stated that I would never support a ‘United States of Europe’, I was firmly of the view that the overriding objective of Britain’s membership of the European Union must be to further our nation’s interests as a sovereign country and that I would support David Cameron in renegotiating better terms for our membership and then decide whether it is in our country’s interest to remain or leave the EU. I have honoured those statements.

As I indicated at the outset, I have fought long and hard to keep Great Britain as one country. I am passionate about our United Kingdom.

As a law student during the 1990s, I was taught the principles of Parliamentary sovereignty (expressed at its simplest by Albert Dicey a British jurist and constitutional theorist)  who stated that our Parliament is "an absolutely sovereign legislature" with the "right to make or unmake any law". I also learned about other interesting views on Parliamentary sovereignty such as those expressed by the Lord President Lord Cooper who simply ventured his considered opinion (called an "obiter dictum" in law) in the 1953 Scottish case, MacCormick v Lord Advocate 1953 SC 396, 1953 SLT 255. However, Dicey’s view is the settled view about Parliamentary sovereignty. I am one of very few Members of Parliament that is both an English as well as Scottish lawyer. I have a deep interest in and knowledge of the jurisdictions and constitutional arrangements of the whole of our United Kingdom including its devolved parts.

Sovereignty, at its core, is expressed firstly, democratically by the people of our great country in their vote at the ballot box and secondly, by their chosen elected MPs, legally and constitutionally, in the House of Commons as Britain’s de facto supreme legislative body. I, along with 649 other MPs, exercise Britain’s sovereignty through the laws that we pass in the House of Commons. Because our Parliament is "an absolutely sovereign legislature" with the "right to make or unmake any law" no Parliament can bind a future Parliament. This means that the European Communities Act 1972, that is the Act by which the United Kingdom was able to accede to the European Communities (now the EU) can be repealed at any time now or in the future by the House of Commons. It is by virtue of this British Act of Parliament that we are members of the EU and that EU law applies in the UK. It is open now or at any stage in our country’s future to repeal this Act. The EU does not and will never have the power to prevent any future Parliament from repealing this Act. Consequently, any arguments that the EU has some overarching power to create a ‘United States of Europe’ and for our country to automatically lose our independence and thus bind a future Parliament are constitutionally incompetent arguments. Yes, it is true that as current members of the EU its laws (in the areas that it has jurisdiction over) are supreme in the UK but only by virtue of the sovereign British Parliament’s enactment of the European Communities Act 1972. It was MPs that enacted that Act of Parliament and it is in the hands of British MPs to repeal that Act. For the avoidance of doubt, the House of Commons can repeal this Act at any stage now or in the future precisely because we are a sovereign independent state, regardless of what the EU may evolve into.

Further, the Prime Minister has successfully agreed with the EU that ‘ever closer union’ does not include our United Kingdom. As a sovereign country we have rightly chosen not to take part in any further political integration; therefore, the Prime Minister’s negotiated agreement ensures politically, as well as constitutionally, that we remain a member of a ‘single market’ grouping of nation states.

The Conservative Party won a historic general election against all the odds because, in part, my Party was seen by the British electorate as a strong united Conservative team. Since the early 1990s, my Party has had a spectre of division hanging over it in respect of strongly differing views about the EU. My Party was out of power for 13 long years and even though David Cameron sought to reassure to the British electorate that we were one strong Conservative team ready to govern in 2010, we did not win outright. The British electorate needed to be further assured that we could be trusted to lead as a one nation party. In 2015, they gave my Party that trust and David Cameron and my Party, against all the odds, won the hearts and minds of the British electorate and we formed a majority Conservative government for Britain. Colleagues must never forget that it took my Party 23 years to achieve this victory. The divisions created within my Party during the 1990s about the EU helped ensure that we were out of power for too many years. My Party must again be extremely careful that during this EU referendum campaign colleagues are respectful and tolerant of each other’s views and that we immediately unite whatever the result delivered by the British electorate. My Party is stronger and more successful for our nation when it is a united Conservative team.

I commend the Prime Minister who in recognising the importance of long term Party unity has rightly allowed cabinet colleagues, such as Michael Gove, to take a different personal view from that of the Conservative government of which he is a member.

The EU referendum must be debated in a spirit of tolerance, respect and ultimate Party unity. It is not for British Conservative MPs to dictate the outcome, no matter how much the media purport to suggest that certain well known parliamentarians can swing it one way or another; this cheapens the debate. The decision is entirely and solely in the hands of the British electorate. They are the decision makers who will instruct their sovereign House of Commons, our supreme governing body, on whether our United Kingdom should remain or leave the EU. I am firmly committed to Party unity. One strong Conservative team ultimately serves our country well. I pledge that if the British people vote to leave the EU, I will work immediately to ensure that we trigger Article 50 of the Treaties and begin the exit process, negotiating in Britain’s best interests, and I will exercise ultimate sovereignty by voting to repeal the European Communities Act 1972 in the House of Commons and leave the EU. Alternatively, should the British electorate vote to remain in the EU, I pledge that I will work tirelessly to ensure that Britain’s best interests are met within a reformed EU.

Finally, may I take this opportunity to invite the constituents of South Leicestershire to read all the relevant materials, listen to the debates and carefully consider what you think is in the best interests of South Leicestershire and the whole of our United Kingdom. It is up to you to instruct me as your elected public servant on how you want me to exercise sovereignty on whether you want to remain or leave the EU. I look forward to your verdict and instructions on 24 June 2016.