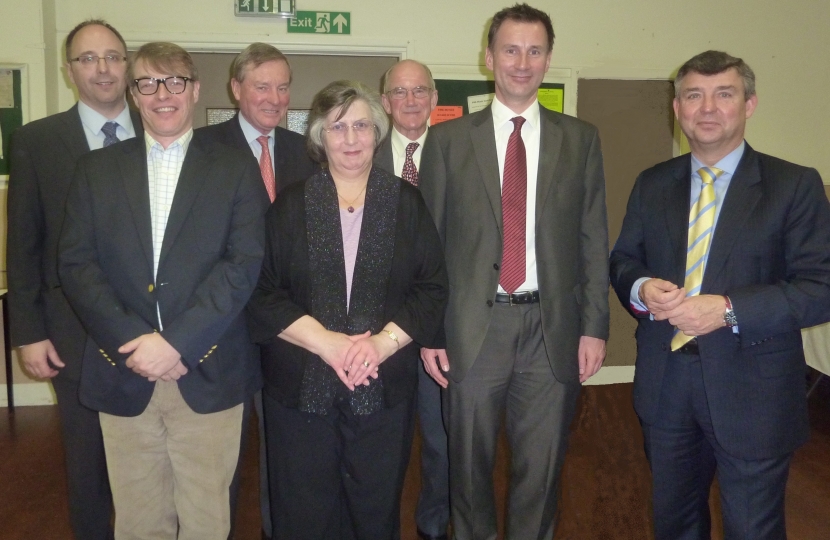 One of the great advantages of being a member of the South Leicestershire Conservative Association is the chance it offers to meet people at the very top of British Politics.

For this event it was the Rt. Hon Jeremy Hunt MP Secretary of State for Health.

After an introduction by our MP Andrew Robathan, Jeremy at first talked about his previous role as Secretary of State for Culture, Media and Sport and the part he played in the hugely successful London Olympics.

He also said that taking on the role of health secretary was the “biggest privilege of my life”.

After a vote of thanks to Jeremy by Sir Clive Loader and grace read by David Surtees there followed an excellent dinner of Coq au vin, Dauphinoise Potatoes and Green Salad with Chocolate Roulade or Cheesecake for dessert.

Jeremy took time to visit each table, and to answer any questions that were asked before leaving to catch the train back to London.

Thanks to Peter and Anne Fuchs and Ruth Morrison for organising and hosting this event and Vicky and Rhianne for all their hard work.