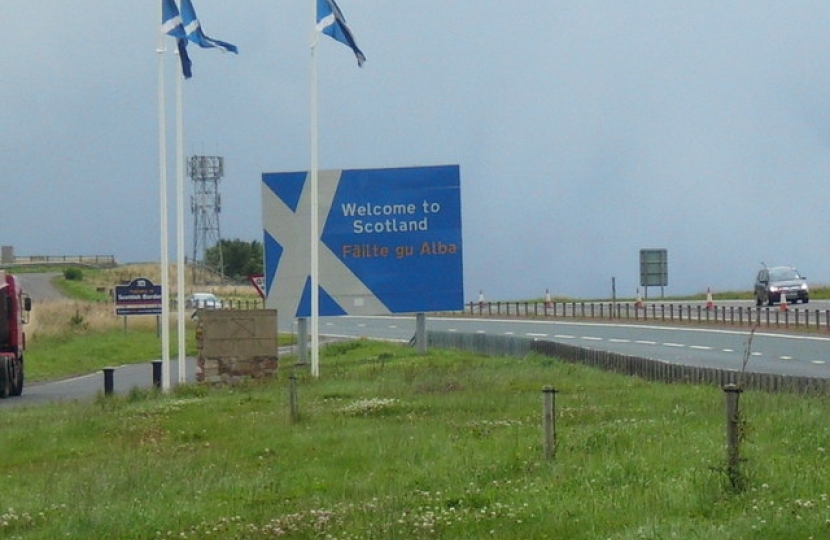 After a very heated campaign, most of us will be thrilled that the Scots showed their innate common sense and voted by a significant margin to remain in the UK. The harm to Scotland – and also to the rest of the United Kingdom – of a vote for separation would have been immense. Two issues remain in my opinion, as an English/Welsh Unionist.

First, the toxic, vicious anti-English campaign run by the separatists has left a very difficult legacy in Scotland. The comment from Jim Sillars (former Deputy Leader of the SNP) that there would be a “day of reckoning“ for business that opposed the SNP, or the graffiti on a polling station wall “No voters will be shot”, were examples of how the campaign threatened their opponents. A Scottish friend told me in the week before the vote that he was confident in the result, for he explained that the “Yes” campaign had been so intimidating that people were reluctant to tell anyone, including pollsters, that they were “No” voters. The chippy sense of grievance that Salmond has fostered will not go away easily.

Second, we are now forced to confront the legacy of Blair’s devolution settlement. For those of us that opposed devolution – only our party at Westminster – Blair’s typical opportunistic, unfinished and half-baked plans were always going to need finishing. The “West Lothian Question” raised by Tam Dalyell in the Seventies now has to be addressed, since it appears Scotland will be able to set its own income tax rate. The English must be considered in any new constitutional settlement and must not be disadvantaged.

Overall though, the result is one to be hugely celebrated. I am proud of my country, as are all Conservatives, and I was distraught to see the possibility of it being destroyed. We must work together with our fellow Britons, many of whom are relations wherever they live, for a stronger, more prosperous, and contented United Kingdom, of which every citizen is proud.