Born and educated in Leicester, Bill has three children and four grandchildren, all were educated locally and until very recently all still lived locally.

He served as a Magistrate until 2011, when he retired from the role after completing 26 years.

Bill lives in Broughton Astley and has served as your Harborough District Councillor for over 20 years.

Bill served as a County councillor for the  Broughton Astley Division for 16 years being elected to 4 terms since 2005. During his time in office Bill has served as Chairman of Leicestershire County Council and been a strong supporter of the residents in his Division.

Prior to becoming your District Councillor he gained 24 years of experience serving on Whetstone Parish Council, dealing with local issues, also at the time he served as a School Governor at Badgerbrook Primary School and also Thomas Estley Community College.

In his time as a Councillor Bill has served on the Planning Committee, Licensing and Regulatory Committee, Governance and Audit Committee and the Constitutional Review Committee. 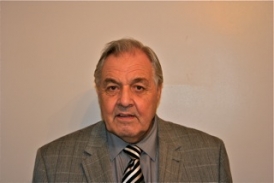