Jane Wolfe has lived in Cosby for over half a century! She is married to Barry and their children, Lucy and Charlie, both attended Cosby Primary School and local secondary schools.

Her father, Len Bolton was a dedicated Parish and District Councillor for many years and she accompanied him as his consort when he became Chairman of Blaby District Council at the age of 80.

Jane has wanted to become a District Councillor for many years but her roles in Parish and District Councils have prevented her from following her dream. Due to a career change, she is now employed by Leicestershire Police as a contact handler - a challenging role handling both 101 and 999 emergency lines. Jane is now in a position where she can dedicate time and effort to support the people of Cosby and South Whetstone on a District level.

Jane is very keen to become involved in what is happening in the villages and surrounding areas and make sure we, the residents, ‘have a say’ whenever possible. 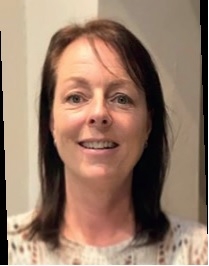