Mark Jackson moved with his family to Whetstone from Glen Parva in 1995 and lives in the Holmes Park area.

For over ten years he has been an active Whetstone Parish Councillor for the village; originally drawn into the Council because of the anti-social behaviour that was affecting various parts of Whetstone at the time.

Over the last ten years Mark has been a longstanding member of the following Parish Council working groups: Finance, Public Open Spaces with Community Premises and Planning.  Mark was elected Chairman of the Parish Council for two consecutive terms during 2011 and 2012. In particular he was Chairman when the Parish Council, as a team, prevented the unrestricted development of green field sites on the edge of the village which involved persuasive public speaking at Blaby District Council meetings and HM Inspector of Planning hearings before Queen’s Council.

Mark is retiring from his Commission in the British Army after a long and varied career; the relevant highlight being a stint as a UK government representative at the United Nations Headquarters in New York.

Away from work Mark is a founder member, Secretary and Treasurer of Whetstone Allotment Association (WAA) which formally came into being in 2009.  The Chairwoman and real boss of WAA is his wife Eileen!

My simple aim and objective is to make meaningful ‘Localism’ within the framework of Conservative values; a good example being to build new homes on long derelict brownfield sites first rather than green fields.

Mark has been part of the Scrutiny Working Group that has ensured car park fee increases have been kept to a minimum, whilst provision and standards have been either maintained or improved and are now taxpayer cost neutral. Appointed Scrutiny Commissioner Mark has been involved with the Audit and Licencing Committees. 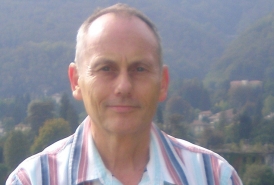