Cllr Neil Bannister has been part of the South Leicestershire community since moving to Claybrooke Magna in August 1992. He became Chairman of the Claybrooke Magna Village Hall committee and successfully organised the village hall centenary celebrations. Neil also served as a school governor at Claybrooke and at Hallbrook Primary School after moving to Broughton Astley.

Neil served as a Broughton Astley Parish Councillor for 14 years before being elected to the Dunton Ward of Harborough District Council in 2011. Neil currently chairs the Governance and Audit committee on the Council.

Neil supports the 5 parishes in his ward with dedication and enthusiasm. He has campaigned to maintain the rural landscape, to bring superfast broadband to South Leicestershire, assisted a number of residents with planning matters and has successfully pushed for greater enforcement of planning conditions.

Neil is also an enthusiastic member of the association and is keen to support - and run -  fundraising activities.

Neil is married to Kathryn and they have two wonderful daughters. Neil is employed as a Crown Advocate with the East Midlands Crown Prosecution Service. His hobbies include supporting the Tigers.

In October 2015 Neil was selected as the Conservative Party Police and Crime Commisioner Candidate for Leicestershire.

Neil was also Chairman of the Leicestershire, Rutland and City Area Conservatives in 2017.

President’s Dinner with the Rt. Hon. Theresa May MP

President’s Dinner with the Rt. Hon. Theresa May MP

SPRING MESSAGE FROM THE CHAIRMAN

SPRING MESSAGE FROM THE CHAIRMAN

New Year Message from the Chairman

New Year Message from the Chairman

Message from the Chairman of SLCA - Neil Bannister

Message from the Chairman – Neil Bannister

stay at home, protect the NHS and save lives. We know that the NHS - and indeed the Care

Charity thanks Harborough district council for its support

Harborough District Council has become the first local authority in the county to sign up to a charter formally backing a charity which helps people with a progressive neurological disease.

The South Leicestershire Conservative Association is proud to announce that its Chairman, Cllr Neil Bannister has taken up the Leadership of Harborough District Council following a vote at the Council on the 12th October 2017.

Councillors Neil Bannister and Rosita Page – plus a local scout group –were among those who took part in the Big Village Clean Up in Ullesthorpe over the weekend of the 8th and 9th July 2017.

SLCA Chairman is congratulated for his Mo’vember effort raising funds for the Motor Neurone Disease Charity. 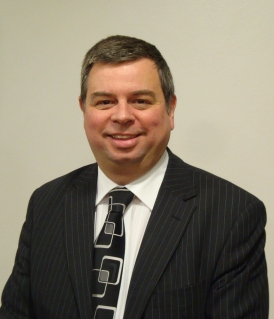