Paul Dann has been married to Judith for 51 years, they have three children, nine grand children and three great grand children, all of whom live in or near the village.

Except for two years when first married, Paul has lived all his life in Broughton Astley.

At Harborough District Council, Paul is Chairman of the Scrutiny Commission, with responsibility for holding the Executive to account on issues of the day.

He is a past Broughton Astley Parish Councillor with 22 years experience, including several years as Chairman.

Paul is still an avid hill walker and along with members of his family spends time in the Lake District climbing high peaks.

He is also a keen golfer and recently took on the roll of Captain of the Senior Section at Ullesthorpe Golf Club.

Since retirement Paul has continued to play an active role in village life and would look forward to continuing to serve you, his fellow residents as your District Councillor for another four years 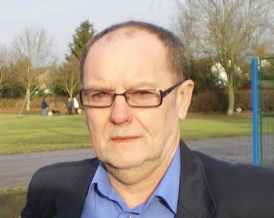