Peter Fuchs pursued a business career for 30 years in the mining and minerals industries, after graduating from Cambridge University as a geologist. For the last 10 years he has served as a Governor of Lutterworth College, a Non-Executive Director of the South Leicestershire Primary Care Trust when it existed, and more recently in May 2011 he retired after 12 years from being a District Councillor (Dunton Ward of Harborough District Council).

Since 2005 he has managed the education charity, Fuchs Foundation whose objective is to promote excellence in classroom teaching.  This is achieved by sending  expeditions of science and geography teachers to the Antarctic and Arctic, thus inspiring teachers who will then change the lives of their pupils through their exciting teaching. Two expeditions have been sent to the Ellsworth Mountains in Antarctic and one has crossed the Greenland Ice Cap. 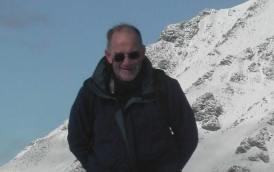