The Right Honourable The Lord Robathan

Andrew was born in 1951. He was educated at Merchant Taylors School, Northwood and Oriel College, Oxford. He and his wife Rachael have one son and one daughter. He served in the Coldstream Guards and SAS from 1974 to 1989 before leaving to pursue a career in politics. He served throughout the world and attended the Army Staff College, Camberley. He volunteered to rejoin the Army, January - April 1991, and served as Chief of Staff of the Prisoner of War Guard Force in Saudi Arabia, Iraq and Kuwait.

Prior to the 1992 Election, he was employed by BP Oil UK.

Andrew was elected to Hammersmith and Fulham Council in May 1990, defeating the Labour Mayor in Eel Brook Ward and resigning in 1992 to fight the General Election. He was co-author of the pamphlet Bearing the Standard in 1991.

He became Member of Parliament for Blaby since April 1992. He was a PPS at the Department of National Heritage from 1995 to 1997. He was on the International Development Committee from 1997 to 2002. From 2002 to 2005 he was a Shadow Minister for Trade and Industry, International Development and finally Defence. He was appointed Deputy Opposition Chief Whip in December 2005.

In May 2010, he was appointed Parliamentary Under Secretary of State at the Ministry of Defence.

In September 2012 he was appointed Minister for the Armed Forces.

He was appointed Minister of State for Northern Ireland in October 2013.

In September 2014 Robathan announced he would stand down at the 2015 general election, and was nominated for a life peerage in 2015 Dissolution Honours, being created Baron Robathan, of Poultney in the County of Leicestershire, on 13 October 2015.

Conservative peer Lord Robathan asked the government about the slowing of growth of life expectancy. 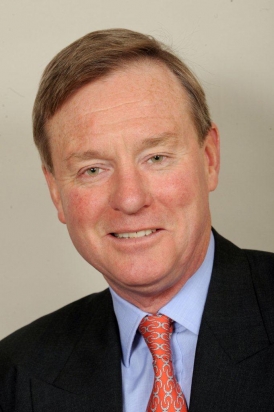